In this course, students will learn about the meaning of the Mayan calendar and its connection to the evolution of consciousness. The central structure of the Mayan calendar of nine Underworlds and thirteen Heavens will then be presented and related to the sacred calendar of 260 days, which remains the core of the system as it is presently used by the living Maya. What will be especially emphasized is how the various calendrical energies bring about shifts in consciousness and how these are related to the historical evolution of mankind leading up to October 28, 2011. In addition the use of the calendar as an astrological tool will be taught. And although the date that was espoused by Dr. Calleman didn’t show an obvious shift on that date, his understanding of the calendar remains valid and provides insights into the evolution of consciousness that is transformative.

The Mayan Calendar and the Transformation of Consciousness by Carl Johan Calleman (Bear and Co, 2004)

Students will be familiarized with the culture of the ancient and modern Maya and the origin of the Mayan calendar.

Students will learn to define a series of core concept from which an understanding of the Mayan calendar can be built:

Students will take a 10-question objective quiz for each lecture (tests and quizzes tool).

Students will participate in forum discussions covering topics from the lectures and discussions of book chapters. (forum tool)

Self-paced. Students have twleve weeks to complete this course. 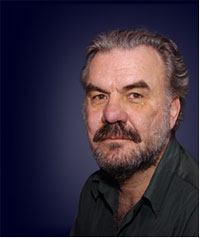 I was born in Stockholm, Sweden at noon May 15, 1950, which in the Sacred Calendar corresponds to the day 5 Jaguar. Curiously this is also the exact midpoint of the month dedicated to the Roman goddess Maia. Stockholm is fairly remote from the jungles of Guatemala, but these were some signs that maybe I had something to do there (although of course I only appreciated the importance of these signs at a much later point).

I first became interested in the Maya and their calendar during a trip to Mexico and Guatemala in 1979. I fell in love with this people, and also had a feeling that this was my spiritual home on earth. Somehow it seemed that the purpose of my life was linked to this people and their calendar, that I had become fascinated by.

This was long before the Mayan calendar had become a matter of widespread and as I read in Michael Coe’s book about the Maya that their calendar would come to an end in the year 2011 it sparked a deep wonder in me.”Why would a calendar end?” I asked myself although 2011 then seemed a long time into the future.

I was then a graduate student in toxicology at the University of Stockholm and the idea of an end of ”time” was certainly not something that had been part of my education. I started to wonder if there indeed existed a higher purpose to life and felt that the native cultures of Mexico was pointing me in that direction.

Nonetheless, it took me a few more years until I started noticing that there was a steady stream of synchronicities guiding me to do explore this culture more deeply. In 1986 I took up work at the Department of Environmental Health at the University of Washington in Seattle, which brought me closer to the Mayan area with possibilities of frequent visits to their area. More importantly, through the experience of the Harmonic Convergence I realized that I was not the only one to believe that there was a truth to the Mayan calendar. Nonetheless, most of my energy was put into my professional life as a cancer researcher, where I focused on developing means for identifying toxic substances in the environment and especially such that could be cancer causing. Research that I performed in China came to have wide ranging consequences and I was among other things asked to serve as an expert for the branch of the World Health Organization that focuses on cancer.

My parallel interest in the Mayan calendar was however growing stronger and as I returned to Sweden from the United States in 1993, I decided to start working full time to solve these age old thought structures and to understand what they were really all about. After twenty years in the laboratory this was obviously not the best way of having job security, but it seemed to me that it would be of greater value to humanity if I could solve the Mayan calendar than if I could solve the riddle of cancer. Given my scientific background I then set out to find proofs of real events that matched the energy shifts of this calendar. Hence, my approach became different from the more newagy students who approached the calendar through channeling information. My first inroad to some tangible link with the Mayan calendar was really provided by my knowledge of Swedish history, which turned out to match certain baktun shifts extremely well. I then self-published a short book in Swedish, Mayahypotesen (1994), which already discussed the importance of the upcoming Venus Transits that I had been called to bring to the world at Orcas Island a few years earlier.

Following these first real observations I studied vaster and vaster areas of cosmic life that was found to fit into the framework of the Mayan calendar and I spent a few years, 1993-1996, essentially researching all fields of science from its perspective. This was a very exciting and intellectually stimulating time when one thing would lead to another at a very high pace and it was probably the most creative time in my life. Yet, I could not find a publisher for my initial manuscript, the Theory of Everything, that summarized all my findings and it has been on my shelf ever since providing myself with the source material for my later books.

Meanwhile, I started to lecture and publish articles in a number of languages about the Mayan calendar essentially only in Sweden and some other Nordic countries. In 1998 Hunbatz Men invited me to be one of the main speakers at a conference about the Mayan calendar in Merida, Yucatan, and the ceremonies and a trip into Honduras inspired me to start writing a new, more widely accessible book, The Mayan calendar, as I got back, which was eventually published by Garev in 2001.

Having completed this book my interest in Eastern philosophies increased and I went to Golden City in India to see Sri Bhagavan the first time in the year 2002. In 2004 Bear and Co published a new book, The Mayan Calendar and the Transformation of Consciousness just in the nick of time for the Oneness Celebration, June 6-8, 2004 which was the first celebration in a very long time that based on the traditional Mayan calendar brought together a world wide participation of spiritual people seeking a deeper guidance into the time ahead.

Following this I began lecturing and having courses on a larger international scale, especially as the book was now being translated to several other languages, and by now I have visited some twenty countries with my message. Recently, I filmed some interviews with Don Alejandro Oxlaj, head of the council of elders of the Maya, together with a team in India and I can see a wider unity and consensus coming about based on the true Mayan calendar than has been the case previously. I still live in Orsa, Sweden, at the edge of the wilderness, but I never seem to know where I will be called next.

To learn more about Dr. Calleman go to www.calleman.com.