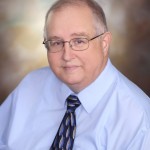 Dr. Bowman (Jim) is a Professional Educator and Musician with degrees in Religious Philosophy and Education. He is founder and president of Motivate2B, a Motivational/Life Coaching Company. Being an ordained minister, he has used his abilities as a Blind Rehab teacher, Psychic Medium, Metaphysical Instructor, Public Speaker, Certified Hypnosis Practitioner and a Dementia/Alzheimer Activity Therapist. In 1983 Dr. Bowman received his Masters from Northwest Missouri State University.

In 1986 James became a Walk-In. This threw his life into overdrive and in 1987 he was introduced to the White Brotherhood. Through the training he received from the Brotherhood, he was ordained into the Melchizedek Priesthood, first as an Elder and the as a High Priest. Jim later received his certification in Hypnosis from Dr. Max Zebelman, DC, PhD. Jim has always showed special interest in ‘Service to Others’. He has cared for thousands of individuals both physically as well as mentally. He has used his intuitive psychic energies to see the needs of his patients/clients and speed them onto recovery. Jim’s clients always have good words to share about his energies. As a spiritual intuitive, Jim is guiding people through the coming Energy Shift to ensure that all desiring souls are able to transcend the Shift into Higher Dimensions.

His interest extends beyond his professional life to “visitors” which has enhanced his desire to know other dimensions. He has been a member the UFO community both in Missouri and Tennessee. As a professor at IMU, Jim hopes to continue using his extensive background to help others move through the veil. He currently lives in St. Louis, MO. Email: jimbows3@yahoo.com.

Dr. Bowman shares his life with his wife (Elizabeth) of 39 years along with their daughter and 2 grandchildren. He has an extended family of foreign exchange students. Together Jim and Elizabeth travel along an international/spiritual path.