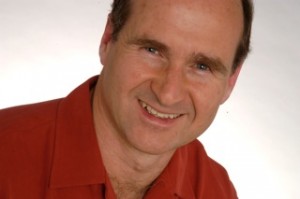 As a kinesiologist John has helped thousands of people become pain free by identifying the root causes of their health challenges through muscle testing and drawing upon techniques from Touch for Health Kinesiology. Using this holistic approach, he assists his clients and students to clear emotional issues and make dietary and lifestyle choices that bring their bodies into greater balance.

John is one of the most highly regarded instructors of Touch For Health Kinesiology in the world. As an expert in muscle testing, he has taught tens of thousands of people from 81 different countries. Since 1994, he has been a faculty member of the Anthony Robbins Life Mastery University, where his students are continually amazed by the profound and rapid results they receive using his easy-to-follow methods. John is known for his ability to make complex material practical and simple to understand.

Having presented several professional training programs on four continents, John has played a significant role in helping Touch For Health become one of the world’s most widely used systems of performance enhancement and natural health care. He trained some of Russia’s top physicians in the advanced skills of Touch For Health. Because of the impressive results they experienced, Touch For Health has been incorporated into the programs at several hospitals and medical schools throughout Russia. John conducted the first Touch For Health Instructor Training in Italy, where it is now widely practiced.

John has brought performance enhancement technologies from Touch For Health Kinesiology to many Olympic and world-class athletes, such as the Italian National Olympic team and top Hawaiian Ironman triathletes. Many of the athletes who have used John’s techniques have reported dramatic improvements in both their race times and physical recovery, as well as fewer injuries.

In addition to conducting seminars, John has a private practice. His clients commonly notice increased energy, improved posture, freedom from chronic and acute aches and pains, better digestion and elimination, and greater overall relaxation and freedom from emotional stress and trauma. These procedures also prevent pain and dysfunction from occurring and are simple enough that clients can use them for self care at home and share with their family and friends.

Learn more about John Macguire at his website, http://www.kinesiologyinstitute.com.