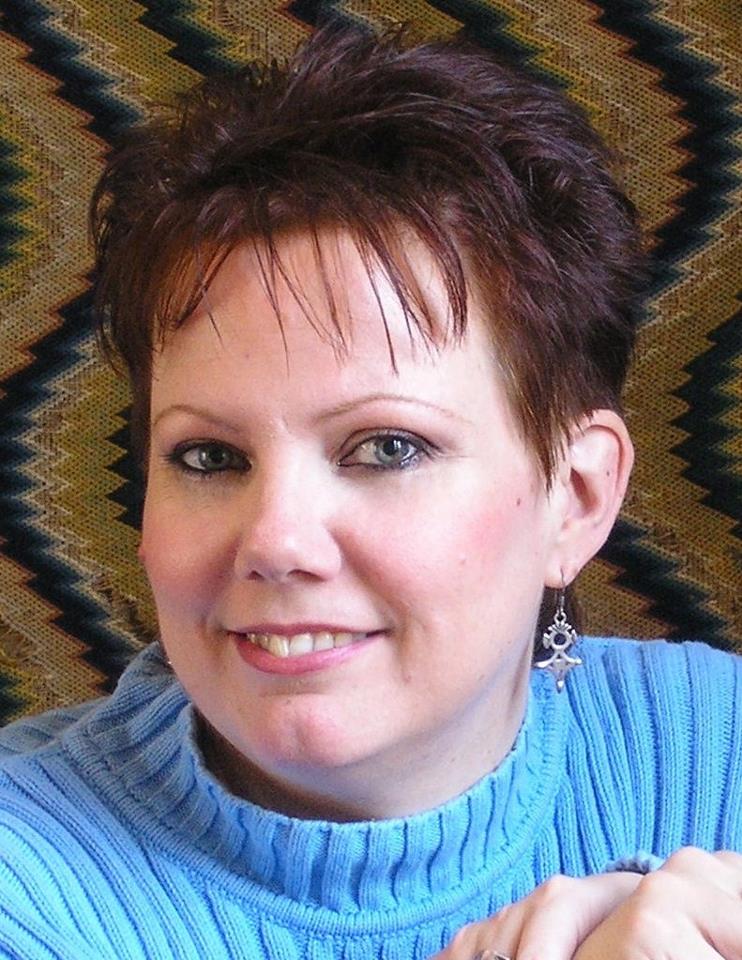 Leslie Zehr left western culture in 1986 to make her home in Egypt. She is one of the very few writers and teachers of esoteric wisdom that actually resides in Egypt. Leslie Zehr was born in 1960, in Lima, Perú. She lived there until she was five. Her mother reports that from the time she could stand she would turn on the radio, stand in front of it and dance , and she has been dancing ever since!

After leaving Perú she moved to the United States with her family. Her fascination with Egypt and Babylonia began at the age of 9 when she was first exposed to ancient civilizations in history class. Seeing a picture of the Ramses mummy awakened something in her. She began buying books on Egypt and painting pictures with Pharaonic themes.

As a child she studied many forms of dance, tap, jazz and ballet. She was also a competitive Ice Skater. When she stopped skating as a teenager she returned to dance. Limited by the fact that she didn’t have a ‘dancer’s body’, but rather a round and curvy goddess type body, she never pursued a career in dance. Leslie’s passion and life has always been dance.

At the age of 12 she began studying alternative therapies and the occult sciences (such as tarot and astrology). Having grown up in the theatre (being the daughter of an actress) she began to work extensively in theatre in her teenage years, first as a makeup artist then as a performer.

After High School she completed a certification as a Cosmetician and Make-up artist. She worked in the Cosmetic field for several years before studying nutrition and then attending university.

At the age of 21 Leslie attended Virginia Polytechnic Institute where she majored in Biochemistry, completed the curriculum, and then changed her major to Psychology. She holds a BS in Psychology from VPI. She resided in the US until 1986.

On December 31, 1985 she made her first trip to Egypt. The feeling was one of returning home after a very long journey. She was married in Egypt in April 1986. Both of her children were born in Cairo. Although she is now divorced she continues to make her home in Egypt with her two children.

During the years when she was a fulltime mother she ran La Leche League Cairo, a support group for breastfeeding mothers. At that time she also continued her studies in alternative therapies and esoteric wisdom.

In 1995 Leslie opened one of the very first Centres for Health and Well-being in Egypt. The Centre offers a sacred Space for education and spiritual growth. As well as monthly gatherings The Centre sponsors lectures, workshops and courses with both local and international facilitators.

The Women’s Group for Health and Well-being-Cairo was established by Leslie and her Reiki Master, Betty Brody in 1996. The group was started with the idea of connecting and educating women about the healing arts. With so many people moving in and out of Cairo a huge international web has been created through The Women’s Group, from a gathering of a few women it has expanded to a network with over 300 members.

Leslie’s Shamanic work with plants has led her to develop a line of Egyptian Flower and Sacred Sites Remedies, called the Al-chemia Remedies. The remedies were birthed between the years 2000-2004. The last one was prepared on the 8th of June 2004, during the Venus transit when the goddess began her journey to the underground. The Remedies hold the energy of Egypt herself and can be used for transformational and alchemical healing.

During her Uranus opposition in 2002 she received an initiation in Dendara temple, north of Luxor. The initiation opened a portal to the archetypal and vibrational plane. From that time on she began to have experiences and receive information about The Dance. After receiving the information it was all confirmed by outside sources. Based on her experiences at Dendara and throughout Egypt, she has developed this method of teaching dance and esoteric wisdom. She has never studied Middle Eastern dance formally. All of what has learned is channeled directly from the Earth Mother herself. What she teaches is the process, exactly as it unfolded, and continues to unfold, for her.

In 2003 she received a strong message that this information needed to be taken out of Egypt. Since then she has been giving talks, distributing the Remedies and teaching the Dance internationally. Personally she continues her path as the Universal Dancer embracing her God given gifts including her goddess type body, helping women to do the same.

While in Egypt Leslie teaches Dance to foreign as well as Egyptian women. 2006 brought the opportunity to work with young girls, teaching them the dance as well, so that they might never lose their connection to the Divine Feminine.

Leslie works as a Holistic Therapist in Cairo. She is a Hypnotherapist and Reiki Master with International Certifications in Aromatherapy, Touch For Health and Hypnotherapy. She also holds Diplomas in Homeopathy and Sandplay therapy, and is a Reiki Master. Leslie is Cairo’s most prominent Aromatherapist. In February 2006 she presented a talk to the Doctors at the National Research Center of Egypt as a way to introduce Aromatherapy to Department of Complementary Therapies.

In 2008 she published her first book The Alchemy of Dance: Sacred Dance as a Path to the Universal Dance. As an author Leslie has also published articles on Sacred Dance, Spiritual Astrology, Aromatherapy, Alchemy and the Al-chemia Remedies.