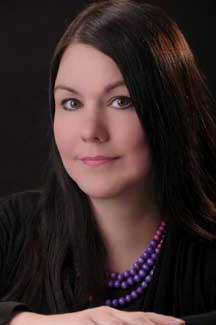 Not only is Susan Sheppard the creator of the Haunted Parkersburg Ghost Tours, she is also well-respected as an author and for her abilities as a psychic medium.

She has worked as psychic and a spiritualist medium since age fourteen and as a paranormal investigator for the last decade. This came about when her friends overheard a well-known psychic tell Susan that she, too, had “the gift” and should use her special abilities to help others. This was no surprise to Susan’s family who had witnessed her uncanny abilities since early childhood.

Her West Virginia childhood might have some bearing on her interest in the paranormal. Sheppard is “Black Dutch,” meaning she is descended from the less than 850 Shawnee Indians wremained east of the Mississippi River after the other Shawnee (during the “Trial of Tears” removal) were forced onto reservations out west in the 1830s. Susan, along with others in the Friend family, is a direct descendent of Shawnee Chief Big Thunder through his daughter, Bright Lightning, whose name was anglicized to “Anna Friend.”

Susan grew up just a few hills away from the first sighting of the famous West Virginia Mothman. It was during this time that Sheppards family home underwent a great deal of paranormal activity sparking her interest in the unknown while tapping into her natural psychic talents. However, Sheppard has had direct communications with spirits of her Native American ancestors since around age four when she met the ghosts of two Indian braves on the hillside above her grandparent’s house in broad daylight. Though very small, she understood the braves to be both her ancestors and her guides. Ms. Sheppards adolescence was spent partly doing psychic readings along with school work and sometimes working with local law enforcement on missing person cases. She later grew up with the aspirations of becoming a published author and an artist, both of which she achieved. Sheppard has authored a number of popular books which are sold worldwide and has continued with her art in many venues. Her poetry alone has won many prestigious awards.

Susan has never strayed from her interests in the spirit world and has continued to work in the field as a medium, as well as a practicing astrologer. In the last few years she has worked primarily as a psychic medium and a paranormal investigator on various ghost hunts and investigations. She also leads séances, does clearings and performs platform style readings before the public for which she is the most famous in her area.

Last year, Susan was featured on the ABC Family Channels popular show Scariest Places on Earth as a psychic medium at the Shawnee Amusement Park in Bluefield, West Virginia. She has previously taught Be Your Own Psychic classes at the Self-Health & Awareness Center and continues appear before audiences and live television as a psychic medium. Not only is Susan an exceptional psychic, she is knowledgeable in the field of the unknown. She remains up-to-date on the latest developments in research concerning the paranormal.